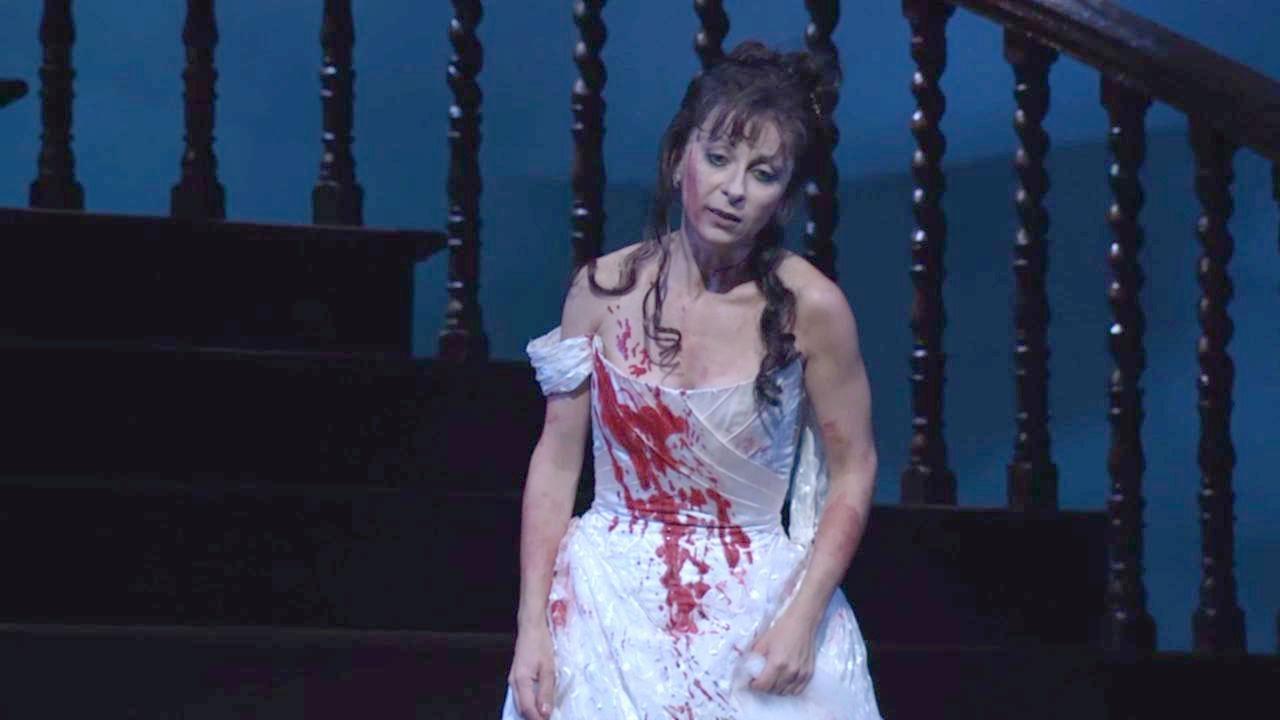 For the rest of the 19th century, it was the regularly performed version of the work given in France. The major alterations concern the early part of the work. The tenor role of Normanno is converted into Gilbert and given a higher profile; indeed he is portrayed as an almost Iago-like character, the engine-room of the action.

The character of Alisa is also eliminated. The other changes are more minor, mostly concerned with clarifying the plot. Ciofi throws her whole voice and being into portraying, sad, put-upon Lucie, turning her into something of a psychotic case right from the start, not only in the Mad Scene.

Indeed I found her exaggerated body movement and facial distortions detracted from her accomplished if one-dimensional singing. She has all the notes and knows how to deploy them intelligently, but her tone is unvaried and monochrome as compared with great interpreters of the past.

For all that, her Mad Scene, taken on her own terms, is something of a tour de force, all the better for omitting the long, inauthentic cadenza.

Alagna is almost at his involved and exciting best, happier — as ever — singing in French rather than Italian, though at times his voice sounds over-worked. Act 3, on this occasion, is far from being the anti-climax it can be, becomes a moving close to the work, and I hope I am not alone in thinking this finale has the best music in the whole piece.

January brought Natalie Dessay’s first Mélisande at the Theater an der Wien in Vienna, directed by Laurent Pelly (a DVD of this Pelléas et Mélisande was released in November ).

More firsts followed in with Violetta in the summer in Santa Fe and Musetta at the Opéra de Paris in the autumn.

This page lists all recordings of Lucia di Lammermoor by Gaetano Donizetti ().